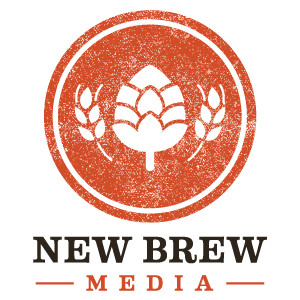 In today's (5-29-1015) WBF over on Moz.com, Rand discussed the popular topic of brand and it's impact on organic search results in Google. Specifically, he attempted to answer the question:

"Is Brand A Google Ranking Factor?"

While I generally agree with Rand's statements, I think they were a little misleading. Before we get into this however, I recommend watching the video to get his take:

" Google doesn't try and go out and say, "How well known is Coca-Cola versus Pepsi versus 7 Up versus Sprite versus Jones Cola? Hey, let's rank Coca-Cola a little higher because they seem to have greater brand awareness, brand affinity than Pepsi." That is not something that Google will try and do. That's not something that's in their algorithm. "

While I get where Rand is headed here, I think that this chunk of text is misleading. I might even go so far as to argue that Google does indeed take into account things he mentions such as "Brand Awareness" and "Brand Affinity". I don't believe they are referred to that way within Google, but I do believe things Google (and other search engines) measure are attempts at digesting these concepts. I MIGHT even suggest that as part of the process for developing algo's, search engineers asked themselves:

"How can we measure the qualities of these named entities (in this case known, trusted brands - public and private) in a way that can be applied over a larger corpus of documents to help improve results for users."

I'm not a computer hardware engineer, or really even close, but that seems to make a lot of sense to me.

After all, what do links, social metrics, mentions, click-through rates, time on site, long-clicks, etc. associated with a specific website REALLY speak to other than a "perception" in the minds of groups of individuals familiar with that particular website?

In other words, many ranking signals are tangible, scalable, ways of understanding the intangible concepts of "brand".

Combine this data with query data, relevance analysis, etc. and you quickly have a contextual understanding of the importance of a specific website within a category/vertical/topic.

I originally started this post with the intent of presenting some deeper research that's lead me to take this stance. Instead, I want to focus more on why I bothered to write this post anyway, and why I think Rand's comment could lead people to misunderstand how search engines work to evaluate and understand real, favored businesses that delight users (...I'll call them..."Brands"...) vs those that don't.

You see, I just needed something to throw on my blog...Kidding...hah.

The fact is, there are some business owners, marketers, SEO's, whomever's who will read stuff like this and walk away with an impression that brand doesn't really matter - you just need to LOOK like a brand to rank well in a search engine.

This is probably true. Sorta.

If you could legitimately game many of the important signals that, again, I believe, are metrics that at least in part were designed to quantify the intangible aspects of a favored brand, you could probably rank.

Problem is, that's practically impossible to do. AND, if you do manage to power something through, it likely won't be sustainable, or at least cost-efficiently sustainable. Which means, this will happen...

And that, is typically the opposite of business success. #learnding.

I want to be clear here. This isn't a post designed to help spammers see the light. No, spammers still around are smart. They probably know more about how to make money from search engines than most SEO's. Instead, this post is meant for the people that think they are running legit businesses, and in some ways are, but don't seem to realize what's required now to succeed and grow in the digital world - specifically in the organic search space to any real degree. You need game.

Marcello Balboa in the 2000 MLS goal of the year game.

Remember, many ranking signals are tangible, scalable, ways of understanding the intangible concepts of "brand". Do this thing right and lead search engines, don't chase.